Guy Warren’s talk at the NAS

Experimentation and Imagination are Alive and Well

The Dobell Drawing exhibition at the National Art School in May 2021 exposed a smorgasbord of marks from a range of artists who used a diverse group of materials, including ash, to create their drawings. It was the freshness and spontaneity of the marks made by Euan MacLeod that caught the eye of the judge, Lucy Culliton when she awarded this artist first prize in the Dobell Drawing competition for 2021 for his work titled Borderlands. These comments could well describe the Guy Warren drawings making up the Mountain to the Sky exhibition located in a neighbouring building.

Self effacing Guy Warren recently turned one hundred years old. His talk was laden with wisdom, knowledge, humour and old fashioned story telling. Dipping into his story jar, Guy happily recounted anecdotes from his very full life even reflecting on his time as a student at the very institution he was presenting his talk in. Although in the 1940’s it was known as East Sydney Technical college Guy recognised it did acquaint him with the skills of drawing and painting but it was devoid of art history. Knowledge of international art trends occurred through his associates and art friends such as Tony Tuckson, Bert Flugelman, John Coburg, John Molvig to name but a few. In the 1950’s when he travelled to Europe with his beloved wife Joy his knowledge of the world art scene soared.

Themes ran through Guy’s talk. Motifs was one theme and the recurring Wingman was discussed. In part it arose because it related to the idea that an artist has to constantly challenge oneself to be inventive and imaginative. His sky drawing of Icarus on the 1st April 1964 arose when a Cessna plane drew this image in the sky at a scale of over 3 kilometres and at a height of 4000metres in the bright blue sky over Sydney Harbour. Guy would have been forty three years old when he challenged himself with this sky drawing. All these years later he related the story around it with an outpouring of excitement, passion and genuine astonishment that it did actually occur. The Wingman is often found in his mark making and he did link it with a favourite landscape down on the south coast where hang gliders ride the air currents.

A second theme related to Guy’s love of the landscape.
Rainforests hold special appeal and his war time experience at the training camp at Canungra on the NSW/ QLD border and Bougainville as a serviceman left a deep impression on his psyche. His deep love of the rainforest explains why he and Joy his wife built a little hut in the Jamberoo area. He believes that everything is connected to everything else. In many of his marks the image of man is embedded within the landscape. Over time he has come to believe that it is even more important to respect the landscape especially as more and more uses occur.

“I like the idea of the land talking to me,” Guy remarked. For that reason some of his art has come from getting marks as one travels over the surface. The speed and character of the surface will determine what art evolves. “There are no rules in this game,” reflected Guy.

The rest of the talk recounted interesting stories about David Attenborough, Ian Fairweather, Lloyd Rees and Bert Flugelman. Debra Beck who had curated the exhibition noted that Guy had amassed over eighty five years of drawings and had held over sixty five solo exhibitions. He has been an art educator for many years at a variety of academic institutions and has been honoured with both an OAM in 1999 and an AM in 2013 for services to the art world in general. Staging this exhibition at the National Art School provides inspiration to young emerging artists. One wonders if they will still be doing their mark making in eighty years time….. 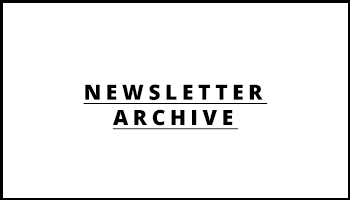